I was headed to a conference in east Texas to learn more about my newest client (Heroes on the Water) and give a presentation on social media. And while I wasn’t all that excited about the idea of going fishing with this group, I was looking forward to kayaking – it was something that had been on my bucket list for a while. But mostly what I was hoping for was to experience the magical healing that takes place on the water (according to my client and their participants).

You see, I was tired of hurting. My heart and my spirit had been completely shattered by a guy I gave almost three years of my life to. I was in a really bad place. This day was no exception. During the drive, at one point, I broke down and started crying. I didn’t want to be crying over him. So my sadness turned to anger. I was mad at myself, I’m literally screaming at myself like a mad woman. I don’t want to be sad. I don’t want to hurt. I don’t want to miss him. I don’t want to love him. I want to be over this!

As I approach the conference center I try to get myself pulled together. I’m late. I’m walking into a room of people (mostly men) I’ve never met, except for the two people I’ve been working with up to this point. I find a seat and meet some new people and get some dinner and hear some great stories. The evenings event comes to a close and I am excited for what the next day will bring.

The eve of the first day

The morning was full of presentations and meetings. My presentation went well and afterward I slipped off to the back of the room to just soak in everything that was going on around me.

You see, I was in a room full of military veterans. Many of them recovering from physical and invisible wounds of war. As I stand at the back of the room I am completely humbled. I almost feel unworthy of standing in the presence of such great heroes.

Then a voice in my head speaks to me. Everything else going on is drowned out by the words I hear… “There is not a guy in this room who wouldn’t hesitate even for a moment to risk their life to save yours.” Probably very true… that’s what these guys and gals have been trained to do. Then I hear this… “So why are you so hung up on a guy who has admitted he would not take a bullet for you and is so unwilling to risk his future for you?”

I couldn’t move. The truth in that was paralyzing. And I knew it. But I just didn’t know how to let go of the pain. 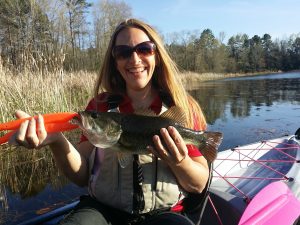 I met Jason earlier in the day, we had a short conversation about where everyone would be fishing at later, and which lake I should go fishing on. I had been worried that in everyone’s excitement to get on the water that I might get left behind…. So as the meeting broke and everyone started to head out to go fishing I knew I needed to make sure I found someone that would make sure I made it to the water. I approached Jason, very meekly, asking if he would take me to the lake. He loaded up a kayak and we were off. When we got to the lake he baited my hook, showed me how the rudder worked and told me as he walked away that he’d catch up with me.

Um, what am I supposed to do now? I guess I’ll just start paddling. It had been over a decade since I had last cast a fishing rod. I wasn’t quiet sure what to do or where to go. I kept looking back, but no sign of Jason. Finally, after what seemed like an hour, he showed up and instructed me on how/where to fish. I was a little surprised that my casts were as good as they were.

So there I was. Kayak fishing. It was quiet. I was surrounded by people, and yet very much alone. Every so often Jason would paddle over and direct me to another area to fish. There wasn’t much conversation. And I was glad for that. I didn’t know what to say. I didn’t really know Jason’s story, or if I should ask. So I just kept quiet and fished.

Yes, I caught two fish that day. And I had fun. It felt like time had stopped… That is until I got hungry. That’s when we realized no one else was around and we were missing dinner! Oops!!!

I didn’t feel any different. Nothing magical happened while I was fishing. Or at least I didn’t think so. But after I finished eating breakfast that next morning it occurred to me… I didn’t think about him this morning. Every morning for the last 3+ years, I had awakened with him being the first thing on my mind. The first few years because I loved him and looked forward to his text wishing me a good morning. But the last 6 months, because I missed him. My heart ached. And I longed to receive a text message from him. My mornings had been filled with loneliness and sadness… until now.

Maybe, just maybe, there was something to this kayak fishing thing…

A Woman’s Approach to Fitness 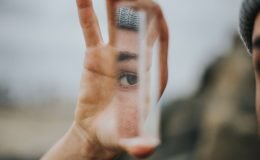 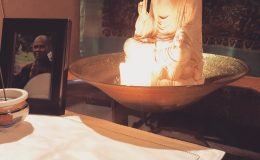 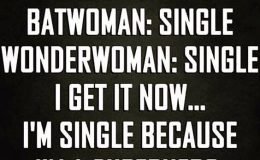