On September 30th I embarked on my most badass adventure yet. I was set to paddle 13 miles down the Mississippi River for the Big River Regional. Insane? Considering until now the furthest I had paddled was only 7 miles. This should be an adventure! Well, actually, the adventure started one day earlier.

I was driving by myself with a board creatively strapped down to my convertible. Now, I’ve transported a board this way two weeks earlier, but Cody had secured the board for that trip. This time, it was all on me. Yes, I did it. Yes, I survived 635 through Dallas with a sup board on top of my convertible!

As I pulled out of Dallas, the weather was perfect. Not too hot, but enough sunshine with occasional cloud cover to make for great weather for a road trip. But as I approached East Texas, the weather was starting to change. But the rain on the horizon, stayed there most of the trip. Until I pulled into Baton Rouge. As I reached my destination, there was rain. Now I’ve learned that if you are going 50+mph, the rain never hits the inside of the car… so it wasn’t until I was just a few blocks from the hotel and race check-in location that I started to get a little wet. Fun times!

At the end of the day, the board, the car, and I all arrived safe and sound in Baton Rouge. All checked in, time for dinner and then off to bed because it will be an early morning!

The sun greeted us in the morning. It looked like a good day for a race. I felt good, but was full of anxiety. Up until now, the farthest I’ve paddled was 7 miles. Now I’m going 13 miles in a race! My goal was only to make it to the end.

I got on the water, and there was a current that helped, at least at first. The race starts and we are all on our way. The current is with us, but the wind is starting to pick up, and it is pushing against us. So maybe the water was helping me, but I was hard at work fighting the wind, so it didn’t seem like the river was helping me at all.

As I approach the half-way mark the wind became stronger. And the sun has disappeared. At one point I recall looking back. I see a black sky. I keep going, hoping the black sky is moving away from me… but it wasn’t long before that dark sky caught me and opened up with a downpour of rain. So much rain, so heavy, that there is zero visibility. I was standing in the middle of the Mississippi River and I can’t see anyone around me. I do see the light on one of the Coast Guard boats ahead of me, so I know I’m not alone… but it’s still an intimidating feeling.

And the thought crosses my mind that I have had enough of paddleboarding. I may not ever pick up a paddle again after I finish this race. But as soon as that thought enters, I smile. I know better.

I keep going. I hear my GPS alert – I’m somewhere around 10 miles into this race. I’m soaking wet. I’m cold. I’m tired. I’m fighting white-capped waves. And a Sheriff’s boat approaches me. “The race has been called,” said one of the guys on the boat. “Want a ride?”

For a moment, I start to turn toward the boat. Wait, what am I doing? I’ve only got a couple more miles to go. I didn’t drive this far, paddle 10+ miles to stop now. I tell the sheriff, “No, I think I’m gonna finish this thing!”. He smiles and sends me on my way. As the boat pulls off, he hollers, “Where are you from?” When I shout back “Texas” his grin expands to smile from ear to ear.

I face forward and keep going. More rain. It’s coming in waves. Heavier at times, then letting up for a few minutes. But the waves don’t let up. And then… I hear thunder. Now where there is thunder, there is lightening. So this concerns me. It’s not close yet… I can tell that much. But I know I need to get to the end of this race before the weather gets any worse. I catch up with a group of guys, they are moving toward the river bank, and so am I. Another boat, this one the Coast Guard, is just ahead. Several guys are getting on the boat. I turned and looked at Lee, one of the racers I met only a couple weeks prior, and asked, “Are you getting on that boat?”.

He told me was not going to get on the boat unless they didn’t give him a choice. I reply that I’m going to finish this with him. If he’s not getting on the boat, neither am I! As we come around the boat we see a large yellow buoy. “Is that the finish?” Lee asks a guy on the Coast Guard boat. The guy tries to tell us it is farther than we think. Lee asks again if it is the finish. It is. I’ve made it! It’s maybe 3/4 of a mile away… but I can see it. I’m going to make it!

As I approach the finish, I hear my friends calling my name. I made it! What a relief! I exit the water, and head up to the tent where 2 friends are gathered. Walker, the race organizer, comes up to me. He asks if it was me that hadn’t paddled more than 6 miles before this. “Yes, that’s me. I made it!”

I didn’t just make it to the end… turns out I placed, 3rd in my division. Believe me, no one was more surprised by this than me. And I am so glad I told that Sheriff that I came to finish this race.

It took me 2 1/2 weeks to fully recover from this experience! Today was the first day that I felt normal. Will I do this one again? I don’t know. I definitely wasn’t prepared for it this time. But now that I’ve done it, maybe I’ll start training so I can feel better about doing it again. Yeah, I’ll probably do it again! 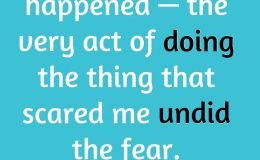 The power of one word. 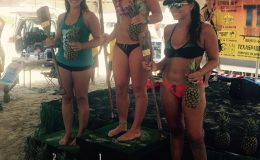 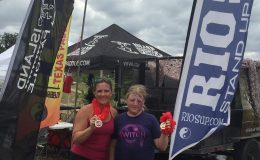