A different kind of fear

A different kind of fear

When I skate, I face all kinds of fears. But last night I faced a very different kind of fear.

I decided to skate after my pole class. I arrived at the skatepark at 10pm. I was surprised to find the parking lot and the park completely empty. Not  a soul. I texted a friend of mine that I know tends to skate later and asked if he would join me… because I just wasn’t sure I felt safe being at the park that late all by myself.

He was about 30 minutes out, so I decided to stay in my locked car until he arrived.

But in the meantime, another guy pulled up and parked next to me. I watched as he got out of his car and grabbed his board and headed up to the park. I watched for a few minutes, and as it seemed he was there to skate, I decided I felt comfortable enough to grab my board and join him.

But then he left. And I was alone. But not for long. Another guy was walking up to the park. No skateboard. He was a bigger black guy and I was a little nervous about if I should stay or return to the safety of my car.

My friend was close, but still probably 10-15 minutes out.

The guy started a conversation with me, surprised the park was empty. He explained he liked coming up to the park to watch people skate. I spoke to him for a few minutes, and then skated off, but keeping an eye on him the whole time. I was a little concerned he might try to take my phone, so I was keeping an eye on his proximity to my stuff.

He walked around a little bit, but then posted up on a bench. At this point I didn’t really feel threatened, but I kept watching for my friend to arrive.

Then it hit me… as I was skating… that I needed to practice the very thing that I had been preaching earlier. That everyone is just looking to fit in and feel valued. So after a few more minutes of skating I went over to him and started talking to him while I took a break and drank some water.

I asked him his name and gave him mine. We chatted more about how in disbelief we were that there was no one else at the park. We talked about different boards and other skaters he knew. And his goal to get back into skating. Then he offered to keep an eye on my things while I skated. I smiled and said I appreciated it.

Yes, he seemed harmless. He seemed like a guy that was just honestly needing a place to hang out. And he knew that skaters are welcoming of anyone and everyone, without judgement. And while I felt better about the situation, I wasn’t letting my guard down.

My friend arrived. The boy that was there earlier returned with a friend. Then two more guys showed up a little bit later. Finally, there was some life at the park. It was short-lived, because midnight came fast. But I was glad for the opportunity to make a new friend. To show some compassion and love in spite of my fear. 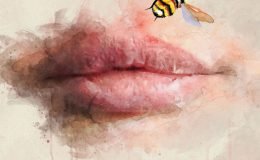